Founded in 1990, Le Mans has expanded beyond go karting to a full entertainment complex with purpose built indoor arenas for Lasertag and Paintball (which will soon turn into a Virtual Reality shooter come July 2019).

What do Le Mans use a fuel card for?

How has the Caltex Fuel Card helped with Le Man?

The General Manager of Le Mans, Chris Kasputtis described the biggest advantage was not having to chase up tax invoices, and the ability to limit what can be purchased on each card.

Rather than giving someone a credit card which they can use anywhere, the Caltex Fuel Card sends us a tax receipt automatically which is a huge advantage. For each card we can also have control on what can be purchased from the type of fuel like 91 or 98, petrol or diesel, and whether it allows for instore purchases.

His only wish was the ability to use Woolworths Rewards cards too.

“It would be great if I could use my Woolworths Rewards card at the same time, but I don’t think any fuel cards allow that.” * Up until early 2019, Le Mans fuel has grown considerably where they now have their own go kart fuel station, but still use their fuel card for company vehicles.

If you’re planning a corporate event, check out the function spaces and packages at Le Mans Go Karts. 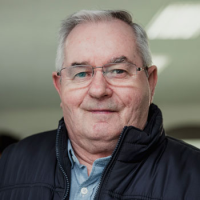 Rich Weddell
Over 40 years in transport and logistics.