Fuel costs are not only unpredictable, but the processing of hundreds of fuel receipts can cause additional costs for admin staff. The solution to this is simple. Fuel cards.

Anyone with a car knows that one of the biggest expenses that come with driving is fuel. And because a vehicle is a necessity to get around, fuel costs can start adding up fast over time.

Luckily, fuel stations make it easier for you to get the most out of your fuel, by offering fuel cards and loyalty programs. Every top-up gets you reward points (usually a few points for each $1 spent) that could go to either discounts or special deals… So you know you’re getting more for your money, no matter which card you get. Here’s a list of fuel cards with loyalty programs you can get in Australia.

BP was the first chain in Australia to offer a fuel card reward program: the Velocity BP. When you sign up for a Velocity card at any BP pump, you automatically start earning Velocity points to either spend on your fuel, in-store purchases, flights with Virgin Australia and much more. You earn 2 Velocity Points for every dollar you spend on fuel.

Coles Express has their own fuel card program in partnership with flybuys. Flybuys cars are incredibly versatile, accepted at a variety of stores across Australia. If you spend $20 at a Coles, you’ll receive points to save 10c per litre of fuel, as well as get 8 points for every litre of fuel. Coles will even let you stack these all up, as well as any other email offers in order to either save money or get bigger rewards. You can see more information on the Flybuys website here.

If you own a business with an Australian Business Number (ABN) and you’ve got high fuel expenses, you can also opt to get a Shell Card for your organisation. The Shell Card, offered by Viva Energy, can help make your fuel purchase and management easier and cheaper—providing reports, controlling how much fuel your fleet can buy, giving free access to Shell Card Online and many other features.

In the same vein as Coles, Woolworths also has special offers on their Caltex fuel. The main promotion is with the Woolworths discount card, which gets you one point for every dollar you spend filling up at a Caltex service station. You can get rewards such as $10 off your next purchase at a Woolworths when you have accrued 2000 points or you can convert them to Qantas Frequent Flyer Points.

Woolworths also has a promotion for Caltex pumps that have Woolworths branding—you can buy groceries at a Woolworths and get a fuel voucher for up to 4c off per litre when you spend at least $5. You can get your discount at any Caltex that’s also branded as a Woolworths.

Like with Shell, Caltex has their own fuel card geared toward business: the StarCard. For only $2.95 a month, businesses can save up to 4c per litre and discounts on oils and other store items. It also allows for greater control, management, and efficiency for your fleet.

Mobil’s got Mobil Card, which is accepted by the majority of pumps in Australia, thanks to the WEX Motorpass network. If you’ve got a Mobil card, you can get a cent off every litre you pump at a Mobil or 7-Eleven station. It’s also got other useful rewards, such as discounts with their many partners and 24/7 WEX Motorpass Roadside Assist for when you need it. Wholesale chain Costco, which also has Mobil serving up its fuels, doesn’t exactly have a fuel card program per se—instead, it just has cheaper petrol rates by having them a few cents lower. The catch is, of course, you have to be a Costco member to be a part of the savings. A membership at Costco goes for around $60 a year, so if you can afford it, then you’ve instantly got cheaper fuel.

The relatively new fuel company, Puma Energy’s fuel card, the Pumacard, is also marketed toward businesses. It’s accepted in around 90% of all petrol stations, and offers many of the same features as competitor business fuel cards. These include rewards and savings on more than just fuel, and advanced security features—tying the card to a specific driver and/or vehicle, with easy accounting and management. The Pumacard website has everything you need to know.

This third-party fuel card program gives you an EasyFuel card that you could scan at many different stores as opposed to a chain, such as participating hardware stores, fun parks, hotels, restaurants, and more. For every purchase you make at a participating establishment (and there are a lot of them) you get a corresponding fuel discount in cents, which all adds up – hence their tagline. The discounts apply to a fill-up of up to 50 litres, but only lasts 60 days, so you have to spend those discounts right away.

Are you missing out?

As you can see, there is a multitude of options for you to pick from when it comes to choosing the best fuel card. That’s because they know the petrol in your tank is not cheap, and they want you to keep coming back for more. No matter which fuel card you choose, it’s all going to amount to lesser fuel costs, even if the discounts seem small. If you drive a car and don’t have one yet, don’t wait. You’re missing out on some great deals. 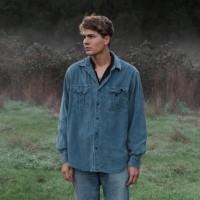